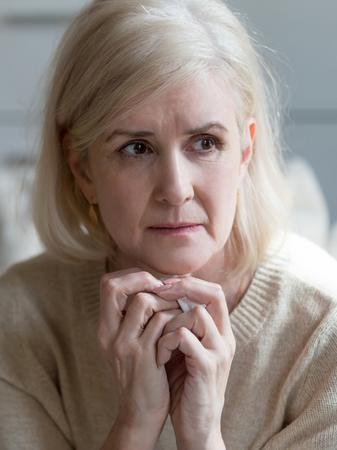 What is Sudden Sensorineural Hearing Loss?

Sudden sensorineural hearing loss (SSNHL), also known as sudden deafness, is an unexplained rapid loss of hearing, which typically occurs in one ear.  The loss canhappen instantly, or an individual may notice it upon wakening.  It can also happen over a period of several hours to several days.  During this time, sound from the suspected ear becomes considerably muffled or faint.  And in 50% of the cases, persons experiencing SSNHL also present symptoms of vertigo (dizziness) and/or tinnitus (ringing in the ears).

SSNHL should be considered a medical emergency
If you believe you’re experiencing symptoms of SSNHL, please know it is considered a serious medical condition that requires immediate attention by an otolaryngologist (an ear, nose and throat doctor or ENT) or a clinical audiologist—because early treatment can possibly save your hearing.

It’s important to note, the National Institute on Deafness and Other Communicative Disorders (NIDCD) report about half of the people with SSNHL recover some or all of their hearing without medical intervention, usually within 1 to 3 weeks from onset.  Eighty-five percent of those who receive treatment by an ENT will recover some of their hearing; however, it's best not to ignore the symptoms when they occur.  In cases where medical treatment is necessary, delaying treatment decreases its effectiveness, the loss can worsen over time, and it may become irreversible.

Though it’s not common, tell your family
​and friends

The NIDCD reports SSNHL strikes only one person in 5,000 in the U.S. each year, although many cases go undiagnosed, primarily due to a lack of public awareness.  At Coast Hearing and Balance, we have participated in the diagnosis and care of individuals with SSNHL, and we want you to recover and/or retain the greatest amount of your natural hearing as possible

.
How is SSNHL diagnosed?
As previously mentioned, if you’ve had a sudden loss of hearing, call an ENT immediately.  Or have a clinical audiologist examine your ears and perform a diagnostic hearing test.  The best-case scenario is that you have cerumen (wax) obstructing sound from reaching your eardrum.  And once the wax is removed your hearing returns to normal.  If there is a sensorineural deficit—where the ear isn’t processing the sound that reaches it—the hearing test lets your M.D. or audiologist know the range of hearing that has been lost.

Specifically, to diagnose an individual with SSNHL, two conditions must be met: 1) They've experienced a hearing loss of 30 decibels or greater in three adjoining frequencies, and 2) The loss must occur within a period of 72 hours or less.

Causes of SSNHL
Only about 10 to 15 percent of persons diagnosed with SSNHL have its underlying cause identified.  The most common known causes include: infections and inflammation of the hearing nerve, autoimmune diseases, Meniere’s disease, Lyme disease, the use of ototoxic medication that can harm the sensory cells in the inner ear, head trauma, blood circulation problems, neurologic disorders, and abnormal tissue growth or tumor growth.

Avenues of treatment
After determining the most probable cause of a patient’s SSNHL, a physician has several methods of treatment from which to choose.

Steroids are considered the gold standard to reduce inflammation and swelling; they can be administered orally or through injection.  Your medical doctor may also prescribe antibiotics if an infection is the cause of your SSNHL, or Acyclovir if a virus is suspected.  In certain cases, an MRI (magnetic resonance imaging) may be ordered to rule out the possibility that an acoustic neuroma is constricting the auditory vestibular nerve (eighth cranial nerve).

Should an individual’s loss not improve to the degree where they can communicate effectively, physicians may recommend hearing aids and/or a telephone amplification device to improve the patient's condition.  In more severe cases, lip reading and sign language classes may be suggested.